In this modern world of excess activity: Stimulation, overwhelm and stress are at an all time high. Sometimes it feels impossible to get away, to take a break, to stop with all the mental and emotional activity and chatter...

The good news is that there is a very ancient and elegant solution.

The ancient masters discovered simple techniques that increase your energy, regulate your emotions, increase your overall health and vitality and get you into what we call a flow state.

You’ll get back that feeling of centeredness and serenity that you’ve probably been missing, you’ll have more creativity, you’ll be calmer and ultimately more confident.

Jason’s journey into meditation, music and wellness began 44 years ago, at age 8 when his teacher told him to never listen to notes, but instead to listen to the space in between the notes. An accomplished composer and pianist, he has released over 100 albums and has been #1 on multiple Billboard and Amazon charts.

Jason is a 7th degree black belt and co-founder of Zen Wellness. His unique perspective on health, wellness and spiritual growth comes from his lifelong study of both music and the ancient arts of Eastern health, medicine, meditation and enlightenment. His whole adult life has been an effort to combine eastern arts, meditation and music.

He is the director of music for GeniusX, and writes music and meditation for other organizations such as Hapbee, ChilliSleep, Cincinnati Reds, Heromaker Studios, Focus at Will, GravyStack to name a few.

He is the co-owner of a town, a ranch, and a mountain that is used to cultivate health, healing and longevity. As the newly appointed Sheriff of Cleator, Arizona, he is combining eastern wisdom with western culture to promote wellness. 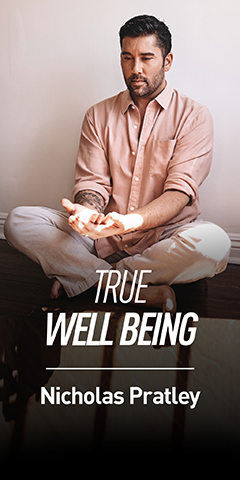 Why is VR Important?

What are the 6 D’s of Technology Disruption: Part 1

Features, functionality and content are subject to change or withdrawal at any time, may not be available in all areas or languages or may be restricted; may require enabled software or service activation, and additional terms, conditions and/or charges may apply.

Offers are non-transferable and not valid for cash or cash equivalent. Cannot be combined with other offers, discounts, bundles, or coupons. Savings automatically applied at checkout. Offer may be canceled or modified at any time without notice. Void where prohibited.